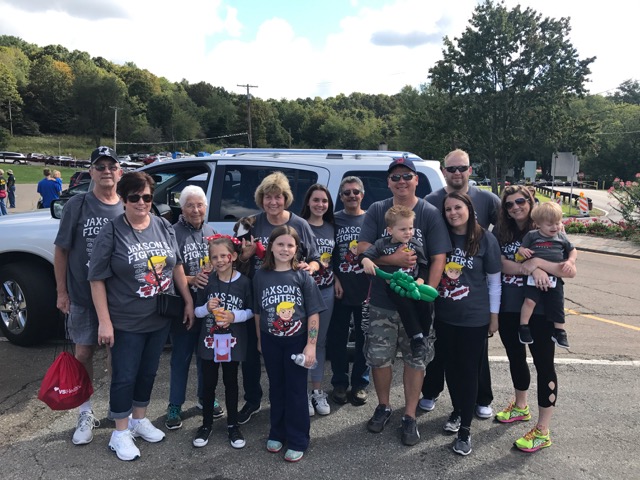 Team Jaxson comes together for the walk each year to support Kelly and Josh Baker’s five year old son, Jaxson. When he was seven months old, he was diagnosed with severe Type A Hemophilia. Through his diagnosis, Kelly learned that she was also a carrier. Kelly and Josh also have an 11 year-old daughter, Analise, that loves to come out and support her little brother.

“The first [chapter] event we attended was the walk in 2014. It made us feel better knowing there were other families, locally, who were living with bleeding disorders, as well as helped us to realize there was a support system of families there for us, too.”
-Kelly Baker 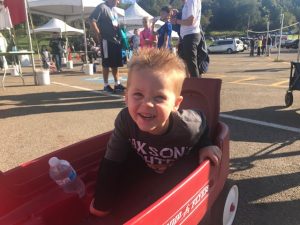 The Baker’s learned about the Western PA Chapter of the National Hemophilia Foundation (WPCNHF) and the Hemophilia Treatment Center when Jaxson was first diagnosed.
Kelly says, “I want families affected by bleeding disorders to know that there are many resources available to them through the Chapter, HTC, and NHF.” She plans to serve on the planning committee for the 2019 Bleeding Disorders Conference and encourages any and all families to attend if they have the opportunity. “…attending the event in the past, was life changing for our family and really opened our eyes to the support out there for us, as well as gaining more knowledge around treatment options. 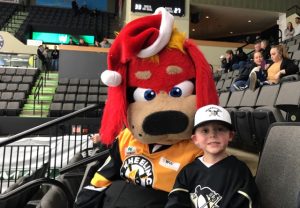 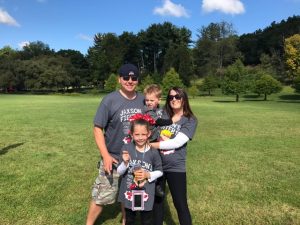 Team Jaxson’s goal for the 2019 Walk is to raise $2,000 for the bleeding disorders community. In the past, they’ve aimed to raise between $2,000 and $3,000 and each year they surpass these goals. The inspiration for their team is not only Jaxson, but every other person living with a bleeding disorder. “I think the money raised for the Chapter helps to provide many educational events and other resources that are very important to our families,” Kelly says. “I think these funds are critical in helping families with financial difficulty related to the treatment of bleeding disorders, as well.” 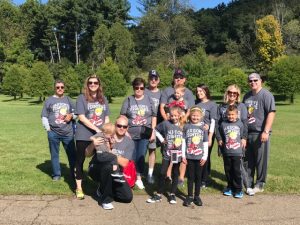 “… the one thing I’d want people [who aren’t in the bleeding disorders community] to know is just because someone isn’t visibly bleeding, it doesn’t mean they aren’t suffering or in severe pain, which can have a very negative impact on their day to day life.”
– Kelly Baker

Register for the Unite for Bleeding Disorders Walk Today and Check Out Team Jaxson!
Register at https://uniteforbleedingdisorders.org/event/wpa

You Can Help Make a Difference END_OF_DOCUMENT_TOKEN_TO_BE_REPLACED