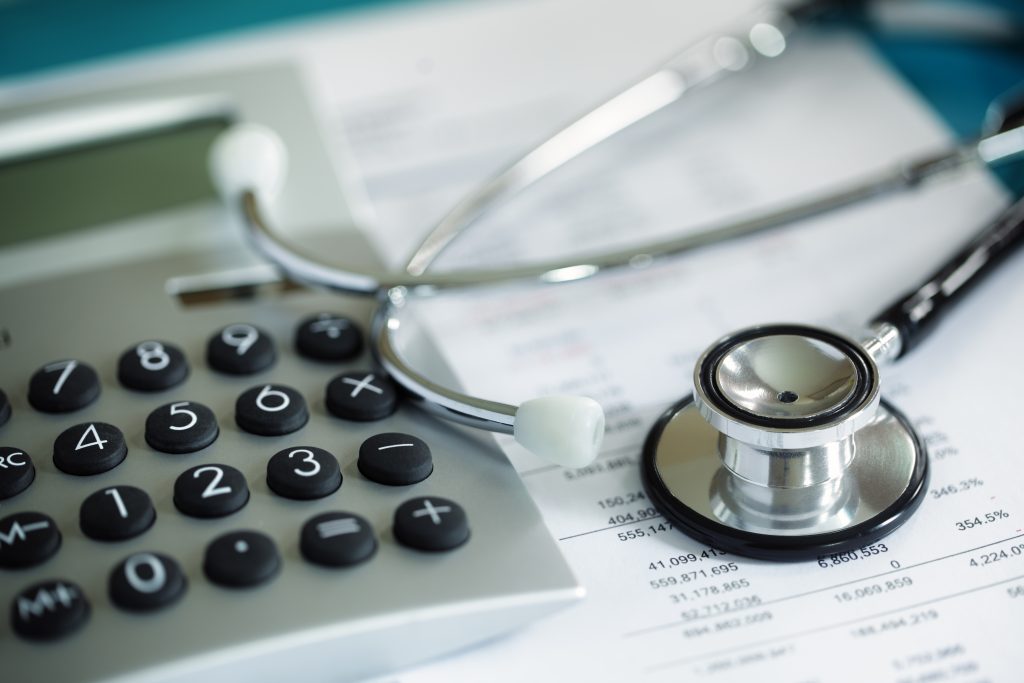 We’ve asked three community members to weigh in on the Affordable Care Act and its possible revision or repeal.  Bob Graham gives us a community advocate’s perspective. Joy Fitzgerald offers her family’s experiences with the ACA. James Romano responds from a payer’s point of view.

Q: What concerns you most about revising or repealing the ACA? What provision(s) do you think need revising?

I’m concerned the bleeding disorder community isn’t making the best case for why the healthcare reforms we want are good public policy.

The ACA passed Congress with no Republican votes, due partly to partisan politics, and partly to differences on underlying issues of healthcare and the role of government. The recent vote by the House of Representatives shows these differences remain a strong, dividing force. Before we focus too much on the details of proposed revisions, we need to refine our approach to the entire healthcare debate. Here’s how:

First, establish a larger, connecting narrative. Americans often have complex views on issues; witness the many who benefit from the ACA yet support candidates pledging to repeal it. People will often rely on what they think of the values, ideas, and interests driving a debate, especially if they lack the time and expertise to sort out the details of an issue.

One example of a larger narrative is “I believe a country of healthy, financially stable people who can work, go to school, and care for their families will be prosperous and secure.” While simplistic, this narrative helps explain why you might want to ban high copays, and also allow patients to receive help paying their coverage premiums. Having a larger narrative gives you a greater chance of finding common ground with others and continuing the discussion toward a possible agreement.

Discussions over healthcare will be taking place for a long time. They’ll occur within the context of a larger narrative. Make sure a narrative supporting your position is part of the discussion.

Second, facts matter. Our community has a growing body of research-based evidence and data to support the use of prophylaxis, to explain why some products work better for some patients, and so on. Having facts at hand is crucial to making a logical case for the reforms we want.

Legislators, policy officials, and health plan administrators also must answer to those who disagree with us. Providing logical arguments, backed by verifiable information, helps those in a position to make important decisions support our proposals. This is crucial because our proposals often come with a significant cost to the government, taxpayers, and patients.

Personal stories may put a face on logical arguments. But they aren’t enough to sustain major policy changes, especially when the cameras are off and the opposition offers its well-prepared, factual counterarguments.

Third, be very intentional in your choice of words. Certain words used to make a case for a policy are as important as the terms used in the policy itself. The right words can convey entire concepts and ideas within a larger argument.

For example, choice is often seen as a convenience, something people can pay extra to get. Access is seen as the ability to get an essential need met. Nice vs. necessary; optional vs. essential. The same is true for the term bleeding disorder. Unless you are discussing product X, which is used to treat disorder Y, use “bleeding disorder” when describing the community. This covers a much larger group of people than any specific disease term, and being part of a larger community makes us more relevant to legislators.

Words have the power to make a narrative resonate with a wider audience and drive home an argument. Leading political figures are careful to use—or not use—certain words for this reason. The careful, consistent use of the right key words is critical; it can help make or break our entire position.

Many Americans are not yet convinced that the healthcare reforms started by the ACA are good public policy. The bleeding disorder community must do everything it can to make the case for healthcare reform in general if we want many of our specific proposals to pass.

Q: Did the ACA have a positive or negative impact on your access to care? What additional changes would you like to see?

My husband is self-employed. We had small-group health insurance. All the ACA did for us was allow our children to stay on until age 26. The other benefits of the ACA we already had on our plan. Our son, age 11, has hemophilia A. Our daughter, age 28, has von Willebrand disease (VWD), though she is no longer on our health insurance.

This is how the ACA hurt us: Our premiums for our family went from $1,000 per month to $3,000 per month. I went from paying $20 for doctor visits with no deductibles, to having copays and deductibles for everything: office visits, hospital, X-ray, labs, and more.

I now have copays and deductibles for all our prescription drugs, with factor ($6,000 deductible; $150 per month copay) being the highest priced.

Our plan requires that I use one of the big-box store pharmacies, which I tried (three years ago, and then switched to an out-of-network option). I don’t like that they are unable to help in an emergency or when we’re on vacation or have travel issues. But most of all, these pharmacies put my child’s life in danger because they send the wrong supplies, and they can’t get supplies in time. They couldn’t work with our hemophilia treatment center (HTC) or hospital to get factor delivered for five days after our son had been discharged from surgery (after confirming to me, the hospital, and my HTC nurse that I would have delivery by 10:00 am)—because the pharmacy doesn’t have supplies in stock. Then they miss the cut-off time for shipment, and then they miss the plane because…I don’t know why! It took five days to receive the supplies, and we had to return to the hospital.

That’s why I dislike the ACA: freedom of choice is so important, not only in doctors, but in pharmacy.

I have friends who are on disability. Once they’re on Medicare, manufacturer assistance programs cannot be used to help with their copays and deductibles. So patients have to find a means to pay, or go without.

Right now my family is fighting again, because of January insurance changes, to get my son’s factor (we want to switch to a different product, which isn’t covered) and to use our pharmacy of choice. It took from January to May to get approval by appeal, and we didn’t have factor delivered from February to May. The new factor was approved by insurance on May 2, and the insurance company’s approved specialty pharmacy sent the wrong supplies. It’s really hard to use my son’s port with the wrong needles! I sent them a picture of the correct needles, and they still can’t get it right. Although ports mean a sterile procedure, they sent me boxed gloves instead of individual sterile gloves—and with latex, for a person with a latex allergy. Just too many mistakes.

The state I live in has only one Marketplace option for health insurance, with many different plans to choose from. All the other companies have dropped out and no longer sell health insurance in my state. So that’s why we have changed insurance again, during open enrollment, and the fight continues. I was once a stay-at-home mom, but I returned to work to provide health insurance for my family that did not cost us $3,000 per month. I’m lucky that I’m able to work from home, and my company understands my son’s medical condition so I can set my own hours. But it’s hard to find a job like this!

Q: What part of the ACA had the biggest impact on payers?

The biggest impact on health insurance providers was the inclusion of the patient protection provisions, which patient advocates have long championed. Protections include the removal of the preexisting condition exclusion, annual and lifetime limits, and coverage rescissions.1

This major policy change was a result of a compromise between health insurance providers and the Obama administration. The ACA mandated that all Americans obtain and maintain health coverage they could afford, with a tax penalty for not complying. In theory, the mandate would create a new market including potentially younger, healthier customers. The risk would be spread across the insurance pool to offset the inclusion of people with rare diseases and chronic illnesses.

The law also wanted to protect insurance providers from the high cost of the influx of patients with rare and chronic illnesses. These “offset programs” were Reinsurance, Risk Corridors, and Risk Adjustment.

But insurance providers looked for additional policies and procedures to limit their perceived costs. Even with these programs in place, insurance providers found ways to maximize healthy enrollees and minimize rare-disease patients. Their policymaking partners in the Department of Health and Human Services developed a rule allowing plans to prevent the acceptance of third-party premium assistance from all but government programs. Although the ACA instituted patient protections that the patient advocacy community had long advocated, plans have spent nearly a decade attempting to chip away at those protections.

Many of the preceding offset provisions were a temporary way to protect insurance providers when the Marketplaces began. The combination of a risk pool with older, sicker individuals, along with the ending of temporary offset programs, has led insurance providers to pull out of state and federal Marketplaces. Policymakers and legislators are looking to address this ongoing problem.

Q: What do you think is the most pressing provision that needs to be revised?

Many patients with rare diseases and chronic illnesses rely on the ACA for access to health coverage through private commercial coverage in the individual and group markets, as well as public coverage through Medicare and Medicaid. The continuation of this coverage is critical for rare disease patient populations. However, within the last 18 months, insurance providers in some states have been withdrawing from the Marketplaces. There is a significant risk that certain rural geographic areas could go without access to even one Marketplace plan. There are provisions that, if enacted, would strengthen the individual market, guaranteeing that patients could continue accessing these plans.

The most pressing revision would be strengthening the individual market in the Marketplaces. The establishment of a permanent reinsurance program at the Department of Health and Human Services would assist in stabilizing health insurance plans in the Marketplaces. Reinsurance programs spread risk for insurance companies to offset losses due to higher than expected healthcare claims data. This would accommodate people with high-cost conditions and allow providers to accept patients with preexisting conditions. The Medicare Part D program contains a permanent reinsurance program to insulate from losses, contributing to its success and patient satisfaction.

and Alaska leading the way. The Alaska reinsurance program has reduced premium increases in 2017 from 42% to 7%, just by reimbursing insurers for exceptional claims. Ten states have petitioned the Centers of Medicare and Medicaid Services (CMS) and passed state legislation to begin these programs.

You Can Help Make a Difference END_OF_DOCUMENT_TOKEN_TO_BE_REPLACED