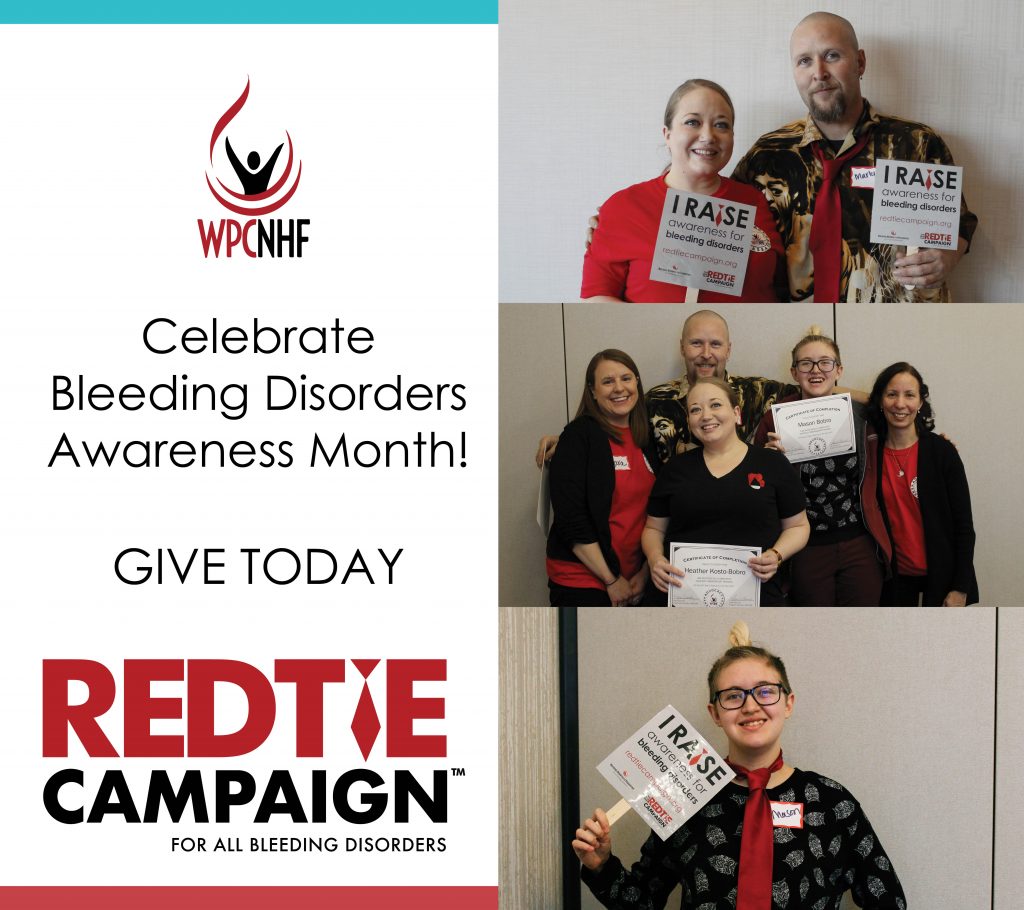 Meet our Advocacy Ambassadors Mason, Heather, and Marty. Their first experience advocating for the community took place in 2013 when they joined the Chapter for Harrisburg Day. They decided to join our advocacy efforts in order to give back to those who helped and supported them when Mason was first diagnosed with Factor X Deficiency in 2011.

Heather, Mason’s mom, said, “I suppose it wasn’t really a conscious decision to keep doing advocacy work – more like a decision of conscience! The idea of being able to give back in a very meaningful way was a big part of it. [We wanted] to be able to give a voice to the people who came before us, who didn’t get the chance to have a ‘normal’ life, and to set the stage for the people who will come after us.”

According to the Bobros, advocacy happens nearly everyday and in so many different parts of their lives. Heather has had many conversations with Mason’s coaches growing up about keeping him safe, but not treating him like he’s fragile. She recounts ER visits where the doctors questioned Mason’s diagnosis because, ‘Factor X Deficiency is so rare.’ Even now, as Mason looks for colleges, he is self-advocating for the appropriate accommodations, like a lower-level dorm room. “It’s sometimes as subtle as things like that – it’s not always standing up in front of a crowd, or lawmakers, and saying, ‘Here’s how to help!’ “

During Washington Days, we asked our legislators to co-sponsor the Hemophilia SNF Access Act (Senate: S. 3233, House: HR 5952) to improve access to skilled nursing facility care for Medicare beneficiaries with bleeding disorders. We also asked our legislators to support federal hemophilia programs at CDC, HRSA and NIH that provide funding for comprehensive care, research, surveillance, and prevention activities that benefit the bleeding disorders community. Heather joined us on Capitol Hill this year and shared Mason’s story. She discussed the multidisciplinary teams at the Hemophilia Treatment Centers and how important they are to her entire family. “I still feel a bit nervous sitting in front of these important people and not only telling something personal, but also then asking for something!” she said. “My advice for someone who is nervous about doing advocacy work is, well, just rip the proverbial band-aid off and go!’ “

Heather added, “The people we are advocating to may have no idea what it means to have a bleeding disorder or may not know anyone who has one. After our visits, they now know all of that. When it comes time to pass the laws and bills that affect us, they remember who we are and say, ‘This isn’t for people with bleeding disorders, this is for Mason from Fombell who has Factor X Deficiency.’ ”

March is Bleeding Disorders Awareness Month! We are celebrating our advocacy efforts and raising awareness for our community through the Red Tie Campaign. The Red Tie was introduced as the symbol for the bleeding disorders community in 2016, when NHF and the U.S. Department of Health and Human Services worked together to designate March as an official U.S. health observance month — Bleeding Disorders Awareness Month. The Red Tie reflects the fact the blood ties — embodied in the color red and the tie — are what bind the community together. You can support WPCNHF by donating at https://www.classy.org/give/175023/#!/donation/checkout.

You Can Help Make a Difference END_OF_DOCUMENT_TOKEN_TO_BE_REPLACED