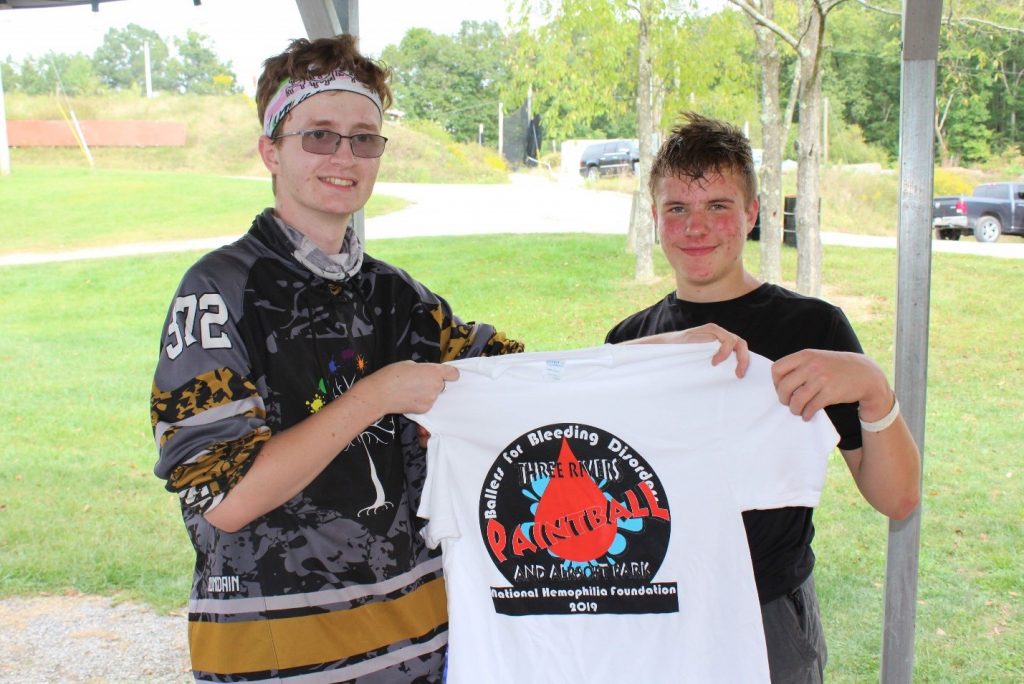 On September 15, 2019, Erek Domowicz hosted a paintball tournament, Ballers for Bleeding Disorders, at Three Rivers Paintball to support the Western Pennsylvania Chapter of the National Hemophilia Foundation. Erek is a senior at Seneca Valley and this was his senior graduation project.

Twenty-two people played in the tournament. The cost was $40 per person and included admission, rental paintball gun, all day air, goggles, and 200 paintballs. Registration began at 11:30 a.m. and the players were on the field by 12:30. The tournament lasted until 4:30 p.m. Erek designed a logo for this event and it was printed on t-shirts for each participant. There was also a raffle basket full of coupons and other goodies plus snacks for sale. Chapter staff also stopped by to share information about bleeding disorders. In total, Erek raised over $850 for the Chapter with his event! He and his father, Scott Domowicz, plan to host a 2nd Annual Paintball Tournament next year with an even bigger turnout. The scheduled date for next year’s tournament is September 20, 2020. Great job on a successful fundraiser, Erek!

You Can Help Make a Difference END_OF_DOCUMENT_TOKEN_TO_BE_REPLACED