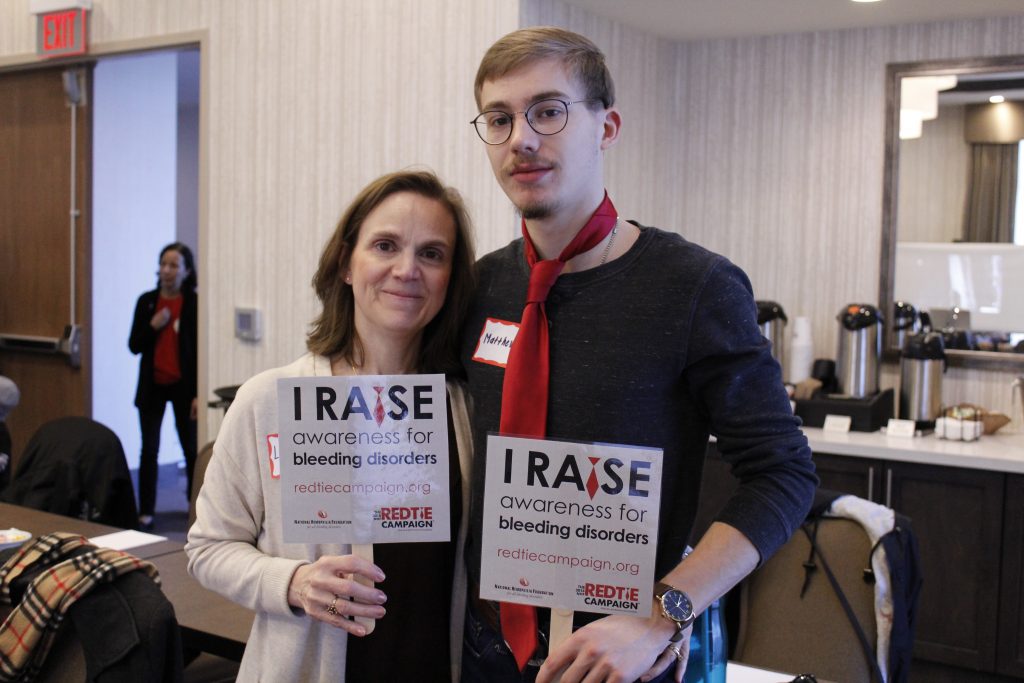 Prior to Washington Days, I wasn’t typically involved in the Bleeding Disorder Community and felt as though I ought to contribute to the movement. My high school required service hours for graduation, and I saw this event as a unique opportunity toward advancing advocacy on behalf of all members of the Bleeding Disorder Community. As a result, I became more grateful to have been selected to represent Western Pennsylvania.

I have not attended any advocacy programs before, nor did I believe it was possible to attend. It was an invigorating experience yet intimidating upon entering the offices of the representatives. The first meeting with representative Mike Doyle went quite well, though it was an overall example of how to structure the presentation of my story in the following meetings. I was nervous throughout my first meeting as I thought I had inadequately communicated my account with hemophilia. However, upon completing the session, I began to gain confidence in expressing my story and experiences.

The best part of the day was meeting with representative Mike Kelly. He was personal and seemed genuinely interested to learn more about the everyday life of a hemophiliac. It was perhaps one of the most touching engagements of the day as Mr. Kelly immediately inquired about what occurs in a hemophiliac’s life and the process of receiving an infusion. He related the process to the similar manner in which diabetics treat insulin through a subcutaneous needle. This relation made an impact on his perspective of the struggles associated with having a bleeding disorder. This was my first-time attending Washington Days, and I hope to attend next year. Right now, I am looking forward to attending Harrisburg Day on March 24th.

During Washington Days, we asked our legislators to co-sponsor the Hemophilia SNF Access Act (Senate: S. 3233, House: HR 5952) to improve access to skilled nursing facility care for Medicare beneficiaries with bleeding disorders. We also asked our legislators to support federal hemophilia programs at CDC, HRSA and NIH that provide funding for comprehensive care, research, surveillance, and prevention activities that benefit the bleeding disorders community. Over 450 individuals from around the country participated in NHF’s Washington Days!

March is Bleeding Disorders Awareness Month! We are celebrating our advocacy efforts and raising awareness for our community through the Red Tie Campaign. The Red Tie was introduced as the symbol for the bleeding disorders community in 2016, when NHF and the U.S. Department of Health and Human Services worked together to designate March as an official U.S. health observance month — Bleeding Disorders Awareness Month. The Red Tie reflects the fact the blood ties — embodied in the color red and the tie — are what bind the community together. You can support WPCNHF by donating at https://www.classy.org/give/175023/#!/donation/checkout

You Can Help Make a Difference END_OF_DOCUMENT_TOKEN_TO_BE_REPLACED